The technical department of Kontakt LLC developed the technical documentation and put into production the gas pressure regulator of block combined RTBK type according to the Work Plan for 2020. The work on the regulator was carried out to implement the requirements of Ukrtransgaz JSC and OGTSU LLC for the compliance of gas pressure regulators used for the gas transmission system of Ukraine DSTU EN 334: 2015.

The gas pressure regulator of the RTBK type is designed for automatic regulation of gas pressure “after itself” at the facilities of high pressure gas pipelines, such as gas distribution stations, gas treatment and dehydration plants, gas fields, compressor stations, etc.

The operating medium is natural gas and other gases that are not aggressive to regulator materials. 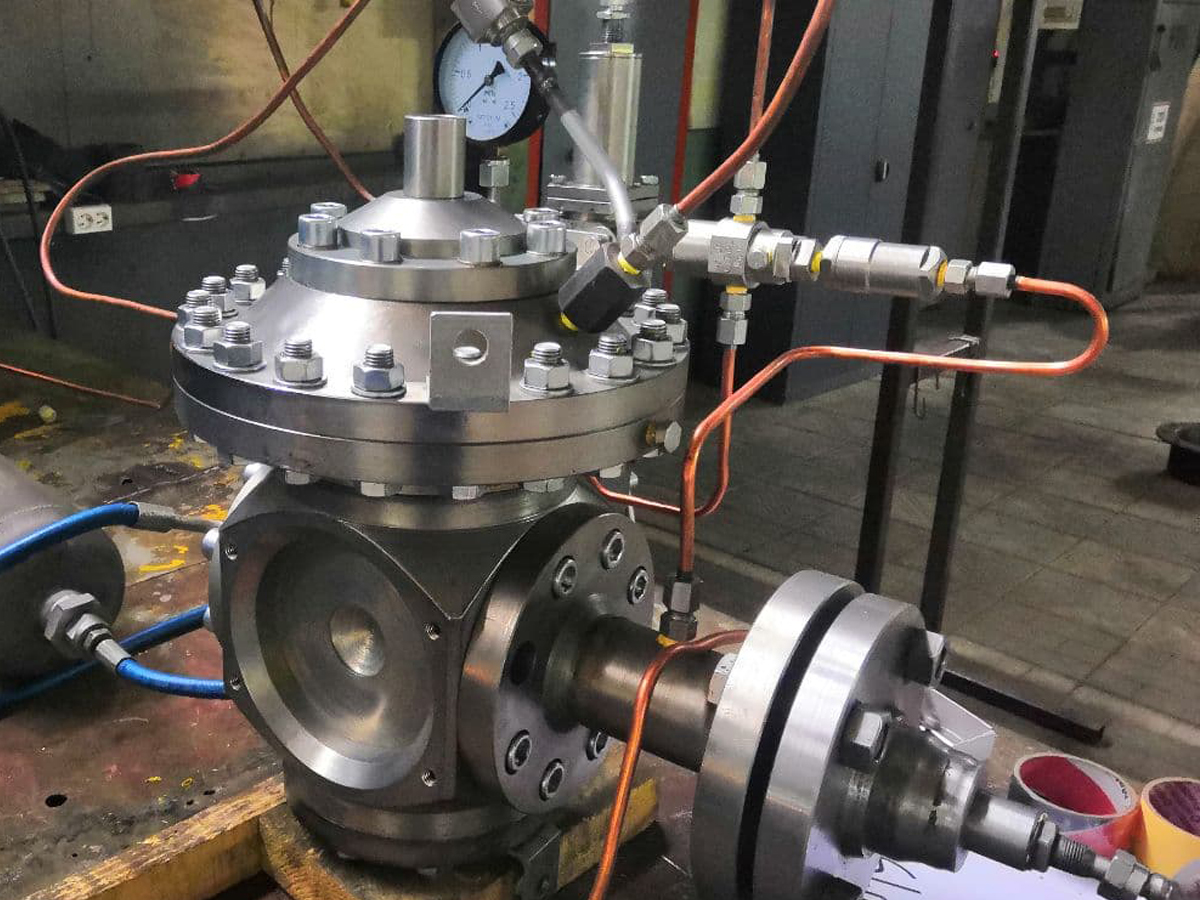 Depending on the order, the modular regulator of the RTBK type can include the following elements:

The normally open module can be: 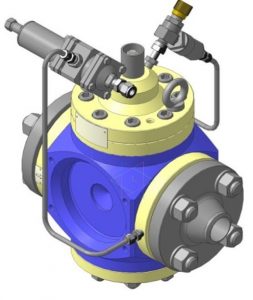 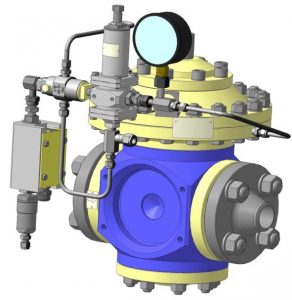 The RTBK type regulators, depending on the order, can include modules of both NV and NZ designs in their composition. 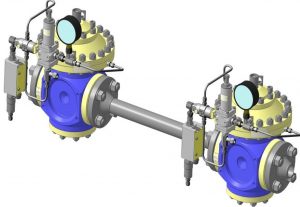 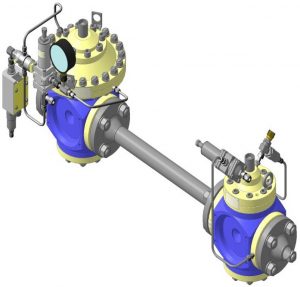 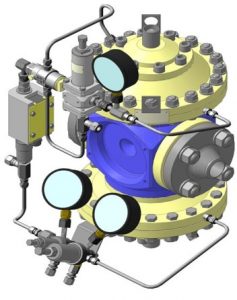 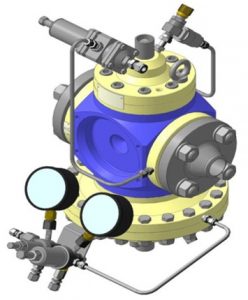 The design of the RTBK type regulators in terms of design and mounting dimensions of the housing parts complies with DSTU EN334.

It is possible to use an electric gas heater (explosion-proof design) upstream of the regulator-active pilot. 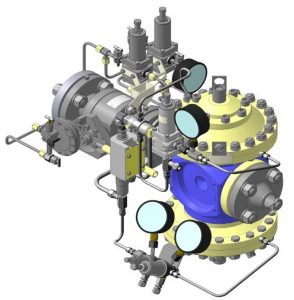 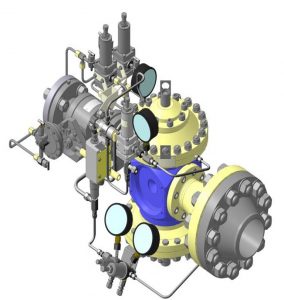 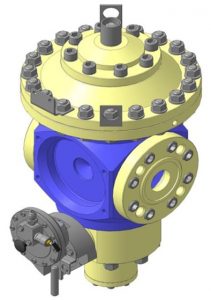 The piping is performed with impulse pipes of DN 6 to 8 mm for the input to the pilot and the motorization chambers with LOC fittings and the use of calibrated stainless steel pipes.

The piping of impulse feedback pipes is performed by pipe size at least DN 10 mm, with LOC fittings and the use of calibrated stainless steel pipes.

The average total lifetime of the RTBK type regulator is at least 12 years.